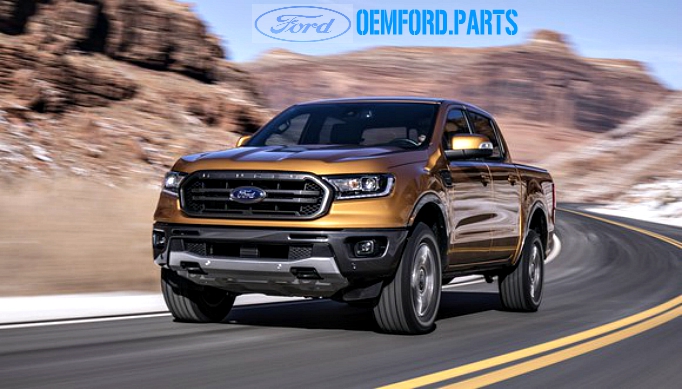 The beloved Ford Ranger is back! After nearly seven years in exile, the versatile Ranger is all set to make its return in 2019. And Ford has prepared its beast to take on the Toyota Tacoma, Nissan Frontier, GMC Canyon, Honda Ridgeline and Chevrolet Colorado.

Ford officially confirmed the news of Ford Ranger’s return last year and at this year’s Detroit Auto Show, they revealed the truck. It appears similar to the Ranger model that is available in other markets, but several adjustments have been made to ensure that it is perfect for U.S. buyers. From what we have seen so far, it appears that the automaker has engineered it for the outward enthusiasts.

What exactly does the new 2019 Ford Ranger offer to the buyers, and why is it worth your dollars?

Ford constitutes a completely boxed ladder frame with six cross members. They have been specifically configured for stateside drive. Modifications in the frame have been made to offer a strong mounting location for the rear and front steel bumpers. Steel body sits atop the ladder frame while the tailgate and hood are made up of aluminum. The new Ford Ranger has been tweaked for more consistent and tighter panel gaps.

The interior of the Ranger features a room for five and receives a new shifter, steering wheel and waterproof underseat storage compartments. The infotainment duties in the Ford are handled with either a 3.8-inch, 4-inch or 8-inch touchscreen. The infotainment system is much better than that of previous iterations as it can be integrated with Android Auto, Amazon Alexa and Apple CarPlay. 4G LTE connectivity that can support up to ten devices is optional. AC power outlets and B&O Play premium audio are also optional.

All new Rangers are equipped with a rearview camera and automatic emergency braking while lane keep assist, lane departure warning, blind spot warning and reverse sensing system are only standard in Lariat and XLR. Only the Lariat gets adaptive cruise control and pre-collision warning system as standard.

At the powertrain department, Ford has kept things simple. It offers a 2.3 liter EcoBoost turbocharged four-cylinder with a 10-speed automatic transmission.  The engine has been tailored specifically for truck duty with connecting rods and forged crankshaft reminding us of the unit in the classic Mustang. No output figures have been released by Ford yet, but the 2.3 liter EcoBoost of Ford is similar to the 2.3 liter 280-hp in the Explorer; therefore, we can expect the Ranger to deliver 300 horsepower.

The components used in the 10-speed transmission are similar to those employed in the Ford F-150, but the case is smaller to fit the smaller footprint of the Ranger. Ford comes in both two-wheel and four-wheel configurations.

The new Ford Ranger is available in both SuperCrew and SuperCab configurations. Trim-level hierarchy of the Ranger is nothing strange for those who are following Ford trucks: we have XL at the entry point, at mid-level there is XLT, and for the high-luxe there is the Lariat. Sport and Chrome appearances packages will also be available. Eight options for exterior color will be available in the new 2019 Ford Ranger and the wheels will be available in eight designs. LED headlights and taillamps are optional and can be acquired from Ford Parts Center. Cargo lighting, puddle lamps and Smart Trailer tow connector of Ford that can alert drivers about trailer-wiring problems are also optional.

Ranger’s two off-road versions are FX2 and FX4. The former is two-wheel drive while the latter is four-wheel. These two versions of Ford get electronically locking rear differentials as standard while it is optional in the Ford Ranger’s two-wheel and four-wheel drive versions. Some other things that are included in the FX2 and FX4 versions are dampers specifically tuned for off-road adventures, all-terrain tires, a front steel bash plate, skid plates and FX badging. The FX versions are tuned for adventurous activities, but the ride height is the same since the entire Ford Ranger lineup has been engineered as high riders.

Ford has gone all out to optimize off-road adventures by providing a high-tech Terrain Management System in its new Ranger FX4. The system allows drivers to easily shift on the fly into one of four settings: Normal, Mud/Ruts, Grass/Gravel/Snow, and Sand. The throttle response, stability control, traction and transmission shift points are altered to match the terrain. There is also a Trail Control system in the Ranger FX4 that offers convenience for off-road and low-speed driving by taking control of acceleration functions and braking allowing drivers to stay focused on the direction of the vehicle.

The new 2019 Ford Ranger will arrive in the market during the first half of 2019. If you are interested in the Ford Ranger, you’ll just have to wait for it. The Ford Ranger has already become popular among Ford lovers and it will certainly bring the smile back on the face of those who decried the demise of the Ranger in 2011. Ford Truck enthusiasts are eagerly waiting for the arrival of the new Ford Ranger.

As Ford 2019 Ranger makes its way into the market, the Ford Parts Center will be here to provide drivers will all the optional OEM (Original Equipment Manufacturer) parts they require on the vehicle. Remember, if you buy the new 2019 Ford Ranger; only use the original OEM parts as your Ford deserves the best.

For more news about Ford vehicles and parts, stay tuned to our blog.