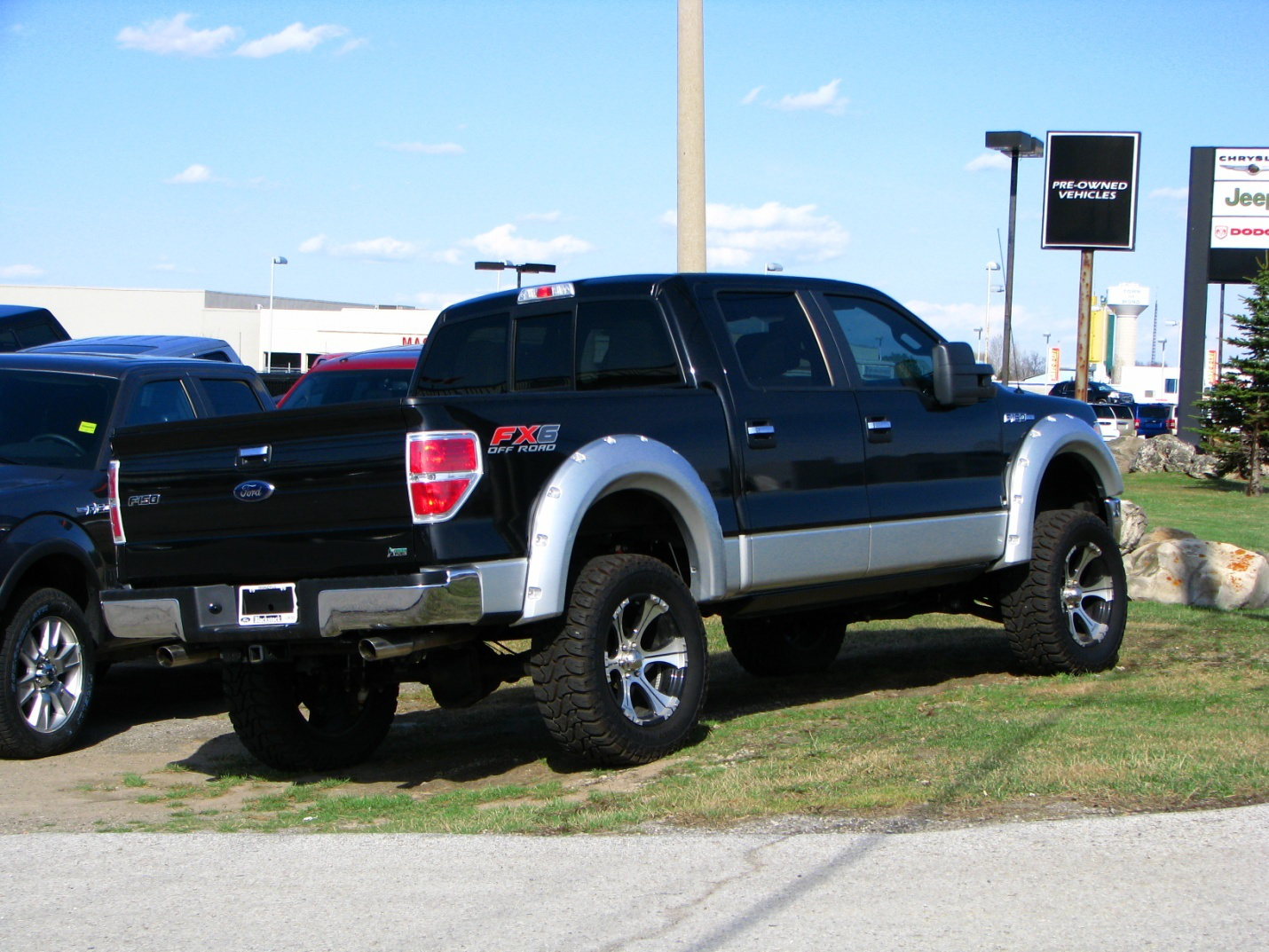 Ford F-150 is the true American legend and a heavyweight champion of the road. A top-choice for off-road enthusiasts, the F-150 is available in a variety of configurations and trims that deliver exceptional functionality and unmatched performance. Although options and style have changed over the years, durability and reliability remain the hallmark of this impressive lineup. This is the reason why F-150 is still the mainstay in the auto manufacturer’s line.

Today, Ford F-150 sports the best interior comfort and most advanced tech ever seen in pickup trucks. But, Ford’s F-Series didn’t start this way. Let’s review how Ford F-Series began and how it has evolved over the years.

1. The Introduction of Ford’s F-Series

Ford launched its truck series after World War II with eight models. Consumers had a lot of choices as they could choose the F-1 half-ton pickup or go with the heavier three-ton F8 model. A 95-horsepower V6 engine was available in some models while the more expensive ones came with a V8 engine offering 100 horsepower.

The second generation of F-Series models surfaced in 1953. Considerable changes were made to the front grille and new engines arrived. A more efficient V8 engine, automatic transmission, longer dimensions and better visibility were top changes in the new series.

The sixth generation Ford trucks were more remarkable than those introduced previously. The favorite truck of Americans, Ford F-150, was introduced in the sixth generation Ford F-Series. The Ford F-150 entered the market to bridge the gap between the mighty F-250 and the not-so-capable F-100. The new F-150 went on to replace the F-100 model and in 1977, the Ford F-150 was the best-selling vehicle in the U.S.

Significant changes were made in seventh generation Ford F-Series trucks. The pickup trucks introduced in the 1980 had an aerodynamic design with a revamped interior and more sophisticated looking grill. Moreover, consumers were given the freedom to style their F-Series trucks with custom paint packages. The production of Ford F-100 ended in 1983.

Eight generation Ford F-Series trucks entered the market in 1987 and evolutionary changes were brought to the lineup. The look was streamlined and flush headlights were offered.

Replacement of four-speed gearboxes with five-speed units and fuel-injected engines were major changes noted in Ford F-Series trucks introduced during 1988. Truck lovers also got new styling and performance packages. There was a heavy-duty service package that made the job easier for snow plows. Sport Appearance Package was also introduced that came with fancy wheels.

The ninth generation Ford F-Series started in 1992. The interior of the truck was made more appealing with door trims and plusher seats. Safety upgrades were also improved with side door beams, driver-side airbags and a third brake light mounted in the center.

A special Eddie Bauer Edition was introduced in 1995. This was the most luxurious Ford pickup available at that time with stereo cassette, air conditioning, and alloy wheels.

The 10th generation of Ford F-Series started from 1997. Major changes arrived with the trucks introduced in 1997. 1998 marked the 50th anniversary of the Ford F-150. In 1999, Ford gave heavy-duty pickup trucks their own F-Series Super Duty line

The Ford F-150 introduced in 2004 was redesigned to offer greater styling and comfort. All F-150s were given four doors and Triton engine was introduced this year. A navigation system became available in F-150s as an option for the first time in 2006.

The 12th generation Ford F-Series trucks seemed to have been influenced by Wartime America. No one could question the intensity of the Ford 2009 F-150 as it featured aggressive stance and bold grille. In order to confront rising fuel costs, Ford introduced the first V6 3.4L EcoBoost engine in the Ford F-150.