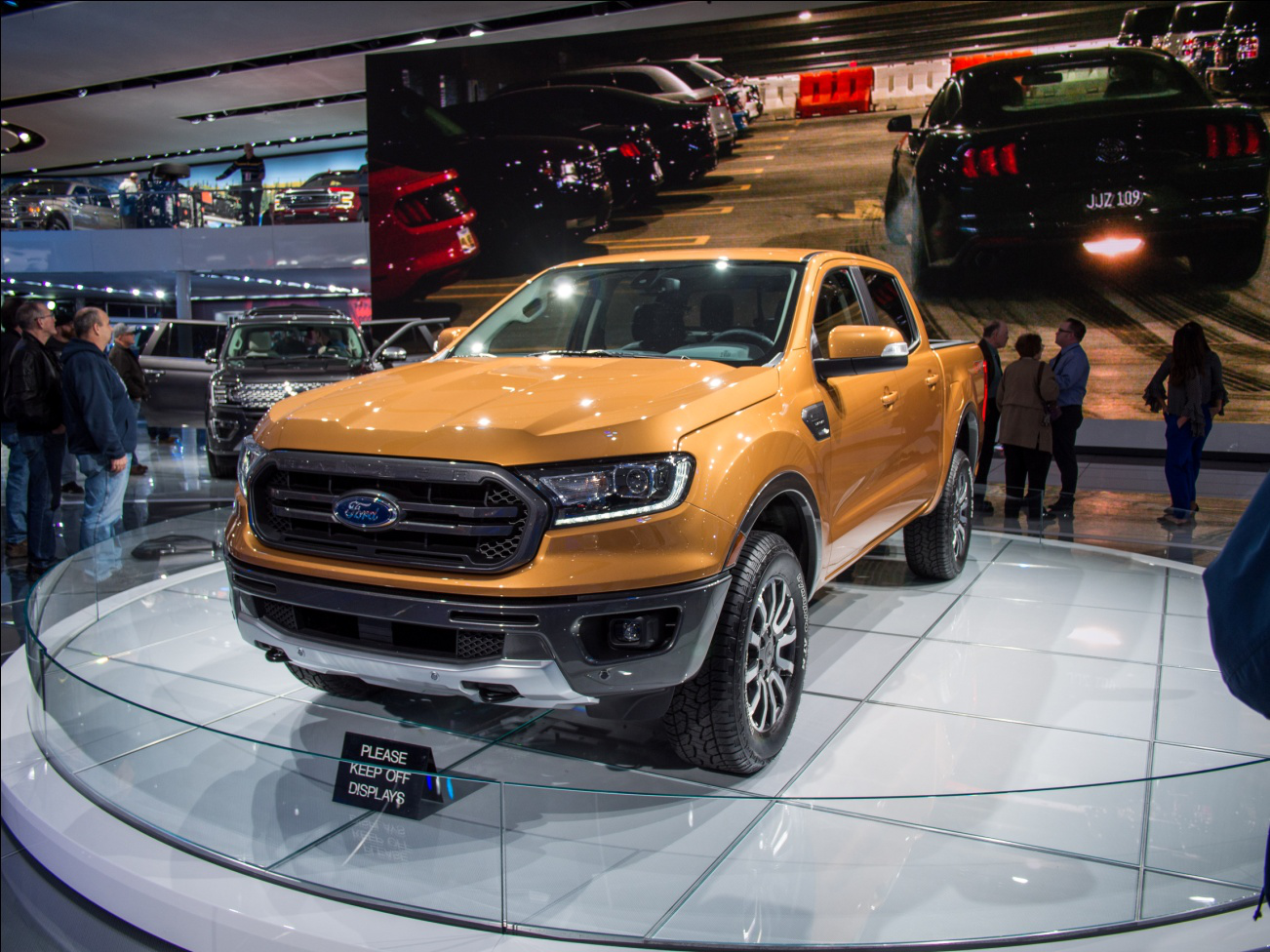 At last year’s Detroit Auto Show, Ford’s plan to bring back the Ford Ranger pickup truck to the United States in 2019 was revealed. When the Ranger enters the U.S. market, it will face a tough competition from the lights of the GMC Canyon, Chevrolet Colorado, Nissan Frontier and Toyota Tacoma.

Following 2011, the previous generation of Ranger vanished from the showrooms of the U.S. However, the Ranger continued in other markets of the world. The formidable pickup truck remained popular in other parts of the world and the foreign sales allowed Ford to develop a strong foundation and bring back Ranger to the U.S.

With little time remaining before the Ford 2019 Ranger hits the market, let’s glance into the history of this remarkable truck.

The 1983 Ford Ranger replaced initial compact truck called the courier. The import allowed the automaker to compete with Nissan and Toyota at the time and give customers a comfortable truck without major investment.

Ford nearly abandoned the project because of the 1979 fuel crisis which caused cash shortage. However, consumers demand for fuel efficient cars saved it. The first Ford Ranger truck was made in 1982 and introduced in the year 1983. Waiting for this pickup truck were formidable competitors like Toyota pickup, Chevy S-10 and Dodge D50.

For the 1989 model, the first generation had a major facelift with styling changes in the interior, exterior and frame improvements. The new grille, flush headlights, front fenders and hood gave a new look to the Ranger. A 2.3 liter four-cylinder engine capable of pumping out 100 horsepower was available as the base option connected to a five-speed manual or four-speed automatic.

The second generation Ford Ranger came out in 1992 with a new design and Splash version was also available. Rounder sheetmetal replaced the Ranger’s boxy look while the Splash added visual punch with chrome wheels, flareside bed, special decals and lower suspension. The Ranger’s Splash version was available in several colors including red orange, sky blue and canary yellow. These pickups were aimed at youngsters and people with active lifestyles.

Powertrain options available in the second generation’s Ranger was the 2.3 liter four-cylinder, 3.9 liter V6 engine with 145 horsepower and the remarkable 4.0 liter V6 capable of pumping out 160 horsepower.

The final generation, until Ford Ranger 2019 enters the scene, arrived in the United States in 1998. Though the look from underneath was the same, the front suspension was updated to resemble the Explorer. The design wasn’t comprehensively altered, but the new Ranger was longer.

For 1998, former 2.3-liter was upgraded to 2.5-liter with a minor improvement in power. 3.0 liter engine and 4.0 liter V6 returned as well. The 2.3-liter, Duratec four-cylinder engine arrived in 2001 matching the power of the V6 Vulcan and the 4.0 liter Cologne V6 engine was also upgraded for an additional 50 horsepower. The trucks with lower specs were also upgraded with Vulcan power or four-cylinder from four- to five-speed automatics.

In 1998, Ford Ranger’s EV version was also offered based on regular body. Charging door, bed cover for enhanced aerodynamics, small electric badges and absence of an exhaust pipe distinguished the EV version from regular gas models. Rear wheels of the EV were driven by an electric motor with 60 horsepower. The Ranger EV version was available until 2002 and after that its production was stopped.

The last Ranger left the market in 2011. For 2013, the global Ford Ranger T6 for the U.S. was considered by Ford. However, as the market of compact truck was depressed, they didn’t bother with more Rangers at that time.

With the new Ford Ranger about to hit the market in a few months, Ford recently released details about its new pickup truck. Minor styling revisions are made for better looks with aluminum hood, new grilles and frame-mounted bumper. The 2019 Ranger features a 2.3-liter 4-cylinder EcoBoost turbocharged engine with ten-speed automatic transmission. Ford has not yet released any output figures for the engine but we expect it to pump out 300 horsepower.

The new Ford Ranger will surely meet the Ford’s standards for toughness, durability and capability. We expect the new pickup truck to give a tough competition to the Nissan Frontier, Honda Ridgeline, Chevrolet Colorado, GMC Canyon and Toyota Tacoma.

The Ranger is expected to hit the U.S. market in the first few months of 2019. So, it isn’t long before you’ll have the opportunity to ride this beast. For more details about the Ford 2019 Ranger, read this blog post discussing the features of the new pickup. For m